Congratulations to the winners of the 2016 Whitney Awards, which were presented last weekend. This year my participation was limited to being a part of the voting academy for two categories: Middle Grade and Historical Romance. I chose the Middle Grade category because I had already read Summerlost and loved it and wanted to see how the competition stacked up against it. I decided  because I judged (meaning I was part of the panel that selects the finalists) the Historical category a few years ago and had enjoyed some of those novels that had. Plus I’ve read some historical romance and some historical fantasy with strong romance elements over the past few years and was interested in what the landscape looked like for Mormon authors.

Here is my ballot with the finalists ranked 1-5. Summerlost was my number one for Middle Grade and also won novel of the year for youth fiction so the rest of the academy, and I were in complete agreement on that one:

Summerlost, by Ally Condie (actual winner; Novel of the Year: Youth)
The Wrong Side of Magic, by Janette Rallison
Ghostsitter, by Shelly Brown
Red: The True Story of Red Riding Hood, by Liesl Shurtliff
Mysteries of Cove: Gears of Revolution, by J. Scott Savage

For Historical Romance, I thought Sarah Eden’s novel was the best of the bunch, although my second place choice My Fair Gentlemen was the winner. This is probably the most in tune I’ve been with the rest of the voting academy in any of the years I’ve participated:

The voting window for the 2014 Whitney Awards* closed last week. The gala takes place Saturday, May 16, 2015, and you still have two more days to purchase tickets. I’ve already explained my criteria for judging the nominations for the historical fiction category and shared some advice for Mormon writers of historical fiction. Now, it’s time to reveal how I ranked the five finalists (and if you paid attention to my previous posts, this list won’t come as a huge surprise):

As a nominations judge, I was invited to vote in any of the other finalists categories that I wanted to (and read all the books in), but I decided that I didn’t want to do another huge reading push so I just voted in the Historical Fiction category. I kind of wish that the big push for this wasn’t in March and April because they tend to be busy months for me in other areas of my life. On the other hand, I wouldn’t want the awards to be any later than they are.

*I’ve been inconsistent in how I refer to the awards. Technically these are the awards for books published in 2014 so The Whitney Awards organizations call them the 2014 awards even though they are awarded in 2015.

As I revealed earlier in the year, I was a finalists judge for historical fiction for this year’s Whitney Awards. I’ll reveal my ballot after the awards are presented, but since that doesn’t happen until May, here’s some advice for Mormons who write or are considering writing historical fiction.

The finalists for the 2015 Whitney Awards were announced on Monday. I had a particular interest in the announcement this year because I was a finalists judge. My last participation with the Whitney Awards was back in 2009 when I was a member of the voting academy. For that, you try and read the finalists for each category and you can vote for each category that you complete (there were a lot less categories back then). Being a finalists judge is different. You read every book that was nominated (and remember that it only takes 5 nominations to be part of the nomination pool). It was an interesting process. I’m not sure that I want to repeat it. Then again, I’m not sure if I’ll be asked back. And then again, a few days ago, I would have said never again, and I’ve already warmed back up to “not sure”.

I was asked to be a judge in the historical fiction category. The organizers ask what categories you’d be willing to judge. I told them any of them (yes, even romance). And I meant it. I’m fairly widely read in all of the genres, especially a lot of the foundational texts of the various genre categories. Because I’m not sure if I’m going to do it again, and because even if I do, there’s no telling what category I might get (and because I’m not going to spill all the beans), I feel comfortable sharing a few things about the process.

On the Historical Fiction Finalists

I read every page of all of the nominees, finished the final title 48 (or so) hours before the deadline to submit the ballot and completed my voting more than 24 hours before deadline. Of the five finalists, three overlap with my top five. I’d say that’s pretty good. After the winners are announced, I will post my top 5 and which one I’d pick as the winner. END_OF_DOCUMENT_TOKEN_TO_BE_REPLACED

The Whitneys are an awards program for novels written by LDS authors. Elder Orson F. Whitney, an early apostle in the LDS church, prophesied “We will yet have Miltons and Shakespeares of our own.” It is our hope to be a part of that journey toward excellence by honoring the LDS writers also working toward that goal.

Who’s a Whitney nominator? Well, anyone. You can be if you want to. Go nominate something now. Feels good, doesn’t it? Now if that novel receives four more nominations, it will get attention paid it by the official judges. It’s a cool system, very open and egalitarian.

Books are available to be nominated from January One to December Thirty-one the year of its release. Which is an inherent unfairness since As You Are has had three hundred sixty-five days to be nominated since its official release date and The Bishop’s Wife will only have two.

To make fair, this post is designed to celebrate Decemberish releases and suggest to nominators that these books deserve attention from the Whitney committee. (So only mention in the comments books likely deserving of such attention.)

Here are three to get us started. I’ll periodically update this post to include your suggestions:

Nov 22:  Eve: In the Beginning by H. B. Moore [Heather’s books always get attention. This deals with our primary myth so if it’s good at all it will deserve that attention.]

Dec 5: City Of Brick And Shadow by Tim Wirkus [I’m about fifty pages into this novel starring American missionaries in South America. I’ll be writing more about this book later, but I am incredibly excited about it. Wonderfully written and doing everything the way I want things done in a nationally published Mormon novel.]

Dec. 30: The Bishop’s Wife by Mette Ivie Harrison [I’ve mentioned this one before.]

When Magdalene was nominated to be considered by the Whitney committee for the 2011 awards, Jennie Hansen, a well-known LDS reviewer and writer, posted a review on Goodreads that caused quite a stir in our little LDS writing community. Her review was short and to the point. She wrote:

“Disjointed, sloppy writing. Lacks real knowledge of Mormons and leadership in the Church. Too much vulgarity for vulgarities sake makes this story crude and amateurish.”  If you are interested, you may read and/or comment on this review here. END_OF_DOCUMENT_TOKEN_TO_BE_REPLACED

Every year there are titles that would be eligible to be judged for the Whitney Awards except for the fact that they don’t receive enough nominations. This sometimes includes titles that are published by major regional or national publishers. Let’s make sure that doesn’t happen this year. Here’s how you can help:

Goodreads user Kaylee has set up a list titled Whitney Award Eligible Books 2014. If you are a Goodreads member or willing to become one, please consider adding titles to the list.

However: collecting the titles is only the first step. Even if you don’t have titles to add, click on over and take a look at the list. If you have read any of the novels on the list, please consider nominating them. You can do so via the Whitney Awards nomination form. Note that you can nominate multiple times in one form submission so you could have one tab open on the list and another on the form and flip back and forth between the two. I also recommend not being stingy with your nominations — even if you don’t consider a novel to be the best of the year, it’s important that the judges have a chance to look at all titles that are worthy of consideration.

Finally, take a look at the list, and if there are any novels on the list that you haven’t read, but seem interesting, go out and get them, read them, and then nominate them. The Whitney Awards are dependent on a community of Mormon readers and authors. I invite you to be more active in that community (if you traditionally haven’t been).

I’m stepping my game up this year too — so join me. It’ll be fun. And thank you Kaylee for setting up the list!

. . . I hope to write another [novel] fairly soon.
It is bound to be a failure,
every book is a failure,
but I do know with some clarity
what kind of book I want to write.

By titling my Whitney recap as I have, I don’t wish to suggest the five books in the General Category sucked. After all, the novel Orwell was planning to write was Nineteen Eighty-four, an enormous success by about every criteria I can imagine (outside cheerfulness—huge bust on the cheerfulness front). Rather, as I revisit the books I’ve read and reviewed, I want to think about what they suggest about us as a writing community in 2014. I’ll cover them in the order they are listed on the Whitney site which, coincidentally, is the same order I ranked them in.

END_OF_DOCUMENT_TOKEN_TO_BE_REPLACED 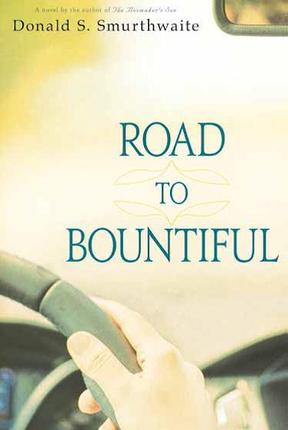 In this round of Reading the Whitney Finalists, we come to the only author I have read previously. Shortly after my mission—whether a couple months or a couple years, I’m not sure—my youngest brother recommended to me Donald S. Smurthwaite’s  I don’t remember why, exactly, but it was a book he liked and he thought it would meet certain requirements I had and I don’t remember exactly what I thought, but I certainly didn’t hate it like the book I had hated the book I had previously read and for which my brother had offered Julie Sloan as a healing salve.

What I do remember is that Julie Sloan largely rose and fell on the strength of its narrative voice, and the same is true of Road to Bountiful times two. END_OF_DOCUMENT_TOKEN_TO_BE_REPLACED 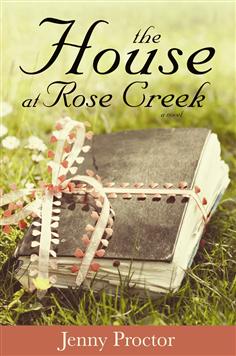 In recent years, as a higher percentage of my reading has become decidedly “Mormon,” I have read very little published by Deseret or Covenant. I’m ashamed of my reluctance. In part I’ve been hesitant because although I hear that quality at these houses has grown vastly over the past years, I also once heard wide acclaim for Baptists at Our Barbecue by Robert Farrell Smith. And hoo boy but was that an unfunny disaster. (Sadly, this was before I started blogging every book I read, so I can’t get more specific than that.)

But as recent discussions attest (eg), coming into a genre without knowing its rules can lead to expectations failing to be met and a disappointment which might not be fair to the work under consideration (consider the recent Deseret News review I discussed here).

Why is why the first of these three posts will be: END_OF_DOCUMENT_TOKEN_TO_BE_REPLACED