As a huge fan of C.S. Lewis, I couldn’t resist this one.

My wife tells me I tend to interrogate people about my plays.

My sister Sarah and I share a love for Doctor Who. 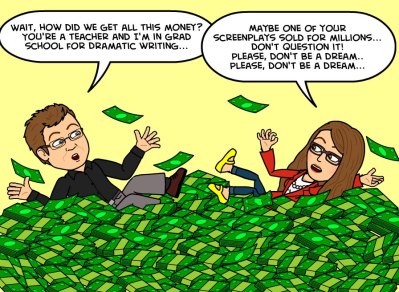 I believe most of you can relate. 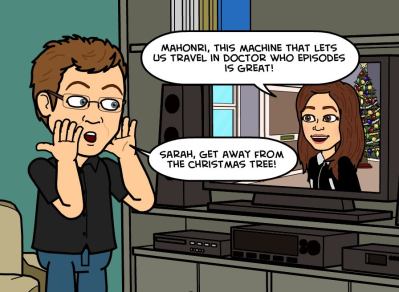 Never trust Christmas in a Doctor Who episode.

Being sick all month and watching classic movies is not a good combination.

More of the “Who”

Mormon Fun Fact: Did you know that Donny Osmond was the singing voice for Shang in Mulan?

Still some of the best Doctor Who villains ever.

Nathaniel Givens and I have been having a bit of a blog bromance lately.

Anne knows how to put me in my place.

It’s great when you don’t have to pay for play because you wrote it. Also… my theatre company is doing more Jane Austen! Mel’s adaptation of Persuasion was very successful for us, so I’m doing an adaptation of Sense and Sensibility. I’ve wanted to write an Austen adaptation for almost a decade now.

Yeah, some people are completely confused by my tastes… 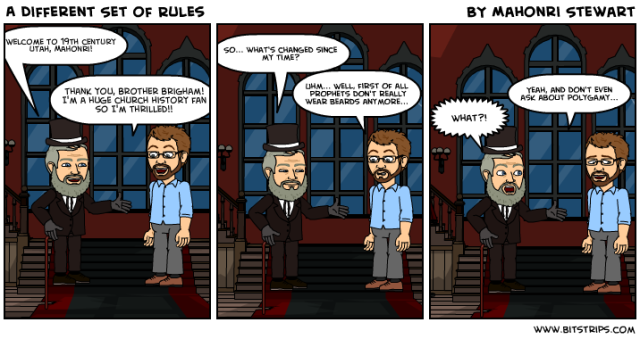 And I also think Brother Brigham had an appreciative sense of humor.

8 thoughts on “More of “A Different Set of Rules””